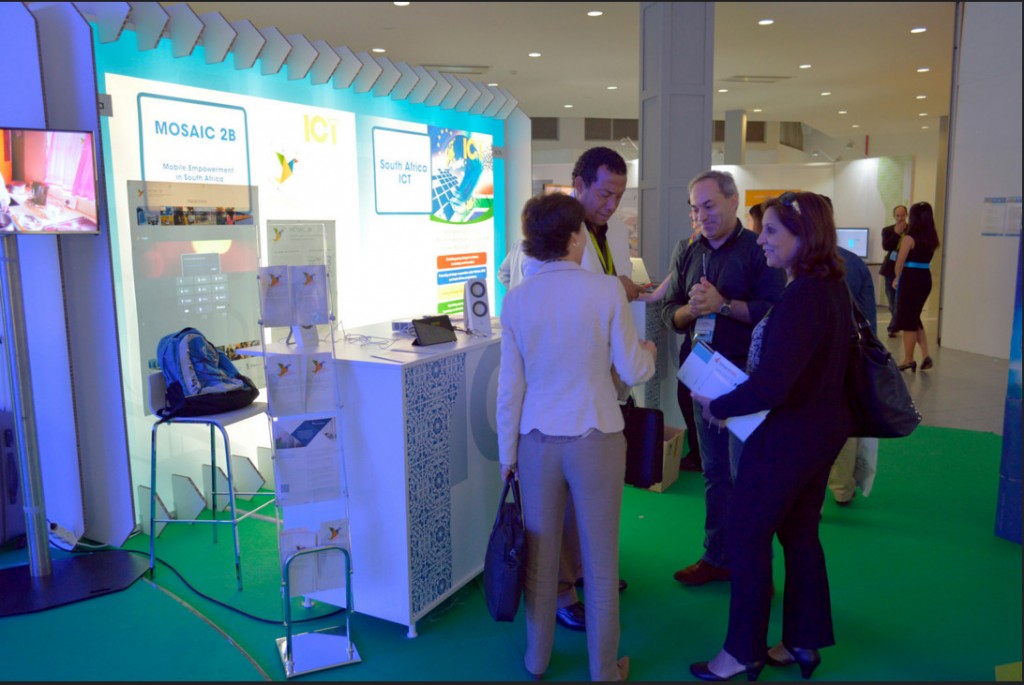 Under the organization of the European Commission, the ICT2015 event presented the new Commission policies and initiatives with regard to Research & Innovation in ICT.  Overall more than 6000 delegates participated in the event. The European Commission was represented at highest level by the Commissioners Oettinger (responsible for Digital Economy and Society) and Moedas (responsible for Research, Science and Innovation), and the Portuguese President of Republic chaired the opening ceremony!

During the event, conferences, networking sessions, parallel sessions and an exhibition with about 150 exhibitors took place.

MOSAIC 2B was one of them!

MOSAIC 2B booth was installed in the International Cooperation Village and was showcased as an example of successful cooperation projects with non-EU countries. There, the MOSAIC 2B partners demonstrated the project and presented the main outcomes. A video prepared for dissemination actions was also permanently screened, highlighting the MOSAIC 2B in use during field experiment and the participant’s testimonies. 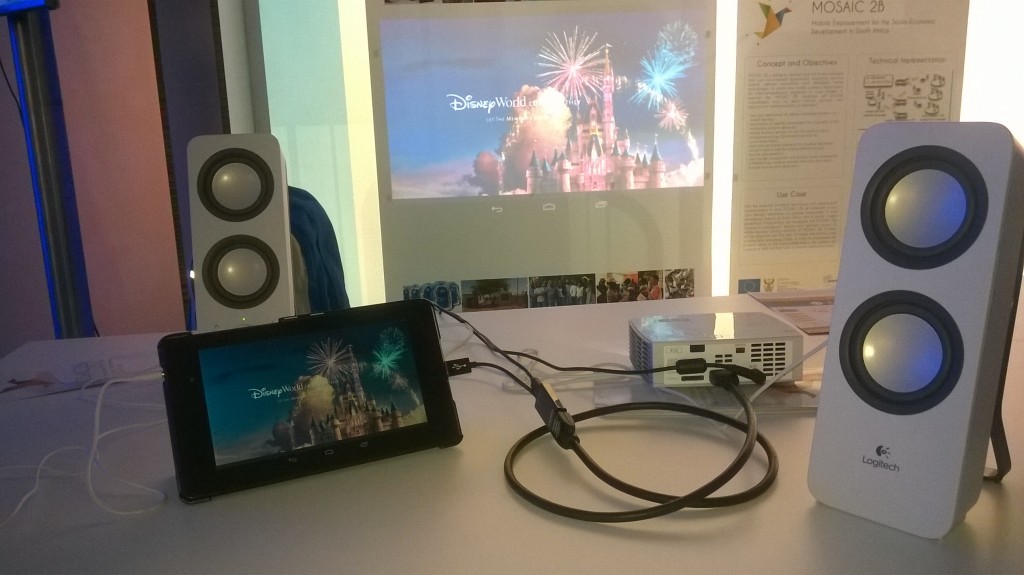 A large number of ICT2015 delegates visited the MOSAIC 2B booth and get informed about the project, congratulating for the achieved results and making comments about potential areas for future exploitation.

This entry was posted in News and tagged ICT2015, MOSAIC 2B. Bookmark the permalink.